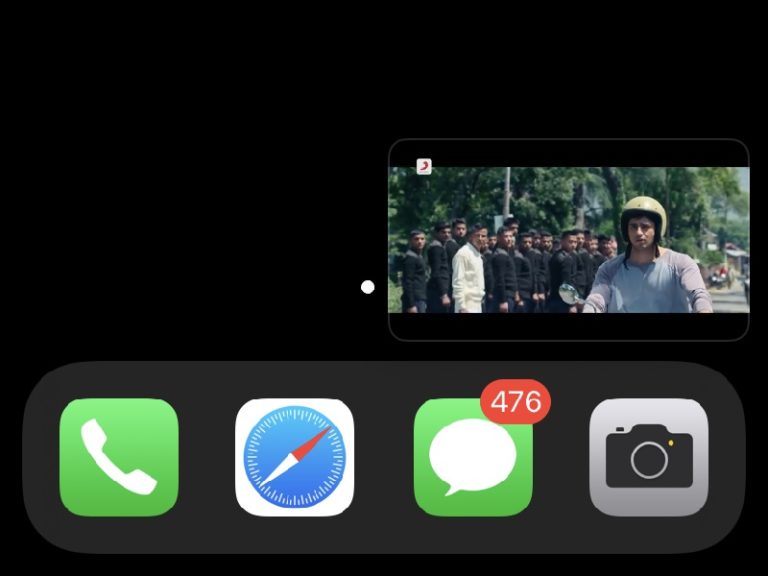 And now, YouTube is slowly rolling out this feature for the latest iOS 14 and iOS 15 beta users. Although, only YouTube premium members will get the PiP feature. Well, if you don’t want to wait for Picture in Picture mode to be released for YouTube. Then, this article will help you to get Youtube Picture in Picture Mode on iOS & iPad OS. If you’re looking for a way to Increase the Volume of YouTube Videos, then you can read my article about it.

Google is slowly rolling out Picture in Picture mode for YouTube premium users. And, it might be possible that your iPhone already does support it for YouTube App. Picture-in-picture mode is currently in beta mode for iOS.

To update your iPhone, go to settings > General > Software Update.

Note: If Picture in Picture mode option isn’t available for you. Then do try the next method.

Use Shortcut to Get YouTube Picture in Picture Mode.

No worries, if Picture in Picture mode option is not available for you in YouTube App. In iOS, you can do a lot of things through the shortcuts App. And, thankfully, there are some shortcuts available for PiP mode. The best part is, you don’t even need to subscribe for YouTube premium to use picture in picture mode on your iPhone. So without a further delay, let’s get started.

Note: If you’re not able to enable the “Allow Untrusted Shortcuts” option. That means you haven’t used a shortcut app before. In this scenario, first, open the shortcut app, and use any shortcut from the starter shortcuts section. After that, you can enable this option.

You just have to go through the process to add the shortcut once. After that, you can go to share > more > YouTube PiP to play video in PiP mode. There are some other similar YouTube PiP shortcuts available, but this one worked flawlessly for me. So that’s how you can use Youtube Picture in Picture Mode on iOS 14.

If you don’t want to go through the whole process to add a YouTube PiP shortcut. Then, you can simply use the Safari browser on your iPhone. Because safari browser officially does support PiP mode. Before you start following this method make sure, PiP mode is enabled from device settings.

Alternatively, you can just swipe up and the video will start playing in picture-in-picture mode immediately. If your iPhone/iPad has a home screen button then you can press that to switch to PiP mode.

Apps that support picture in picture mode in iOS.

Not all apps do support picture in picture mode in iOS and iPad OS. So, first, you need to know, that, the app you’re using supports the PiP mode feature or not. If you want to play videos stored in local storage in PiP mode, then you can install Infuse video player App.

How to Take Screenshots on Netflix App/Website on All Devices

In iOS 14, the following apps support Picture in Picture:

Many developers keep adding PiP mode in their App. So, it’s hard to add every app to this list. If you’re facing any trouble while using PiP mode in your iPhone/iPad, let me know in the comment section.